Lioness
This is my first blog, I have visited this site for the last two years to give me strength and hope in what I can only describe as a nightmare journey .......... but today is a good day and I would like to share my story with you in the hope that it will give someone else out there hope. Just over 2 years ago, just after my 50th birthday, my Husband of 32 years experienced shoulder pain which is no unusual as he was a Tradesman. X Rays and a visit to emergency and he was told he had a "Frozen Shoulder". Three months of acupuncture, massage etc. (no pain no gain theory) did not help. Finally in March '10 he had an MRI, the next day we received the call from the Rhuemotologist "You have a tumour" and he needed to see my Husband today. What followed was something out of a TV show, he told us that the tumour (bone) had eaten away the scapula (shoulder) and that it was aggressive as 3 months before the X Ray showed the shoulder intact. He told us we had to go to the Cancer centre the next day as appointments had been made with Surgeon, Oncologist ..... we were in shock. The next couple of days were a blur ... the tumour was 17cm in diameter (the size of a rock melon - their description)and after a Pet scan & bisopsy was found to be Non Hodgkins Lymphoma of the Bone, a rare form of this cancer with less than 1% presenting with this. Within a week he was having Chemo and the fight began. After 6 rounds of Chemo he started blacking out and we continued with radiation. For a while we thought we were getting the upper hand, but no The Triffids (my nickname for it) had other ideas and decided nothing was going to kill them off. In March '11 we were told the only way to save his life was to have a Forequarter Amputation (Arm & Shoulder) and it had to be done that week. It does not take much imagination for those of you out there with your own battle to comprehend what we were going through at this stage. The op was done on 31st March and the true drastic nature of what had been done really hit home. Rehab followed, learning how to walk (balance), he lost his right side (right handed), feed himself, write, dress .. the tasks have been endless They hope they have it all and signs to date are positive (next round of Scans next month). Despite Friends and Family helping us out, we have had to close our business and rent out our home. My Husband has a fantastic outlook and not once has he asked why me, instead making the statement that at least he is still here. We are trying to take away some positives, he can sleep in a bed for the first time in 18 months! (slept in recliner previously), we can dare to think about tomorrows. And today he left for his first day back at work in two years in his modified vehicle (provided by funds from a benefit night from the local Soccer Club for which he had been President for 7 years), teaching his Trade at Tafe. It is only one class a week for now, but who knows. For someone who was told he would never work again I think it is an amazing achievement. I know that our journey is far from over and that it can change at anytime, but for today I am going to savour the moment and maybe this blog may give inspiration in the same way you have all given it to me over the last two years. Thank you from the bottom of my heart.
0 Kudos
7 Comments

Not applicable
Wow Lioness, that is an amazing story, and yes great inspiration for what all you and your courageous husband has been through. I will certainly be inspired by your journey, I have not had such a dramatic experience (so far) but I understand re business as I am trying to keep mine open while this blasted disease insists on encroaching on my life. Im so inspired despite all your husband has been through to get back to work and his positive outlook on life, hes an absolute hero for what he has had to endure and what he has overcome. I hope all your and your husbands dreams come true and we can only learn from your experiences that there is always hope and the ability to overcome. Hugs to both of you Leesa
0 Kudos

Lioness
New Contributor
Leesa Thank you for your kind words. I am sure most people fighting a serious illness also have a battle to survive financially. This is an unspoken misery most people face alongside their disease and brings with it, its own stresses. I hope you can keep juggling to keep your business going, but at the end of the day, you can only do your best. Take care
0 Kudos 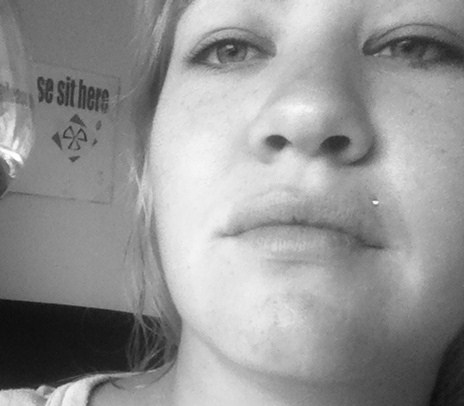 Shell83
Occasional Contributor
Wow. What an amazing battle and outcome! I have to admit I was scared about the ending when I started reading and then saw the 1%.. Thankyou for sharing, I hope for the best results next month. I love that he is driving and back to work (albeit in a modified version, but fantastic that he can carry on in the field), such a feel good story. I am impressed that he hasn't done "why me".. I have had a few "why me" moments but there is always a quick "well why not me, if it wasn't me it'd be some other poor bugger!" moment on its heels! All the best to you & hubby. Cheers to a happy healthy 2012 & beyond!
0 Kudos

wombat4
Contributor
An incredible journey Lioness, for you and your husband, you are both made of tough stuff. There are no words that can describe adequately what you are going through.The support from tafe and the soccer club in assisting you both must have helped, good on them for their involvement. I know from personal exp once the darkness descends it is not an easy battle, my wife was dx with colorectal cancer and secondaries in her liver, we never lost sight of the the light at the end of the long tunnel and always supported each other, we did everything we needed to do. Keep focussing on the end of the tunnel and although your lives have significantly changed you still have each other and lots of support. wombat4
0 Kudos

Lioness
New Contributor
Your comments have brought tears to my eyes. I can see that you all have your own journey, some with a sad ending. I know it is hard to lift yourself out of the dark place when it comes, late last year my Dad was terminal with Stomach Cancer. I could not go straight away as we had to move out of our house, something that I could not leave to others to do and more important it was a frustrating time for my Husband trying to help. I booked the flight for 2 days after I moved, but it was not to be and Dad died a few days prior. I ended up going to his funeral instead. On my return I cannot tell you how bitter I was, I blamed the cancer for everything ... having to move out of our home, not being able to leave my Husband and how I wanted my old life back. I felt as if our lives had moved on 20 years, but luckily I had enough people around me to get me back on track. When I visit this site, I feel most for those who are alone. I cannot comprehend how much courage it takes for them to journey on. So Shorty_shell I think its ok to say "why me" now and again and to wombat4 from your loss you are now finding the strength to offer support for others on this site. Lioness
0 Kudos

SILLY
Super Contributor
Your husband and you have certainly been through a tortuous time. He has a wonderful attitude to life . There are many in our society who will find any excuse not to work and your husband is returning to work. That is a great achievement in itself. I wish you both well. I hope he remains cancer free.
0 Kudos

SamR
Occasional Contributor
Lioness, This is an inspiring journey. Congratulations to your husband on this major adjustment to life & to you for being such a great support. It nearly 10yrs since I survived cancer, but there are still occasional "why me" moments... and certainly the financial stress is an unspoken side effect, especially for those who are in business or on contract. I am about to move to yet another rental property, I can see my dream of owning my own house slowly evaporate, with each year that passes. It's sad that you didn't get to see your Dad, but there is only so much one person can do, not much consolation though.... and how many times have I thought "I just want my old life back".... but looking back now, I can see, despite the financial constraints, the uncertainty, the need to work reduced hours, I feel I am a better person for it. This concrete jungle, (bigger houses/cars), is losing focus of the truly important things in life. So long as there is a decent roof over our heads, enough food, clothing and cash flow to pay the bills, the rest is "fairy floss" nice to have, but not trade a loved one for. A support network helps a great deal, but surprisingly even without much support, there is an inner strength you find "to lift and carry on". I watch my siblings and other extended family, as they leave the primary emotional care of my ageing Mum to me and think "wow I wouldn't want to be you". Your husband will be an inspiration to the youngsters learning their trade, no matter how tough life gets, if you battle on, eventually their will be some light at the end of the tunnel. Go well! Sam
0 Kudos