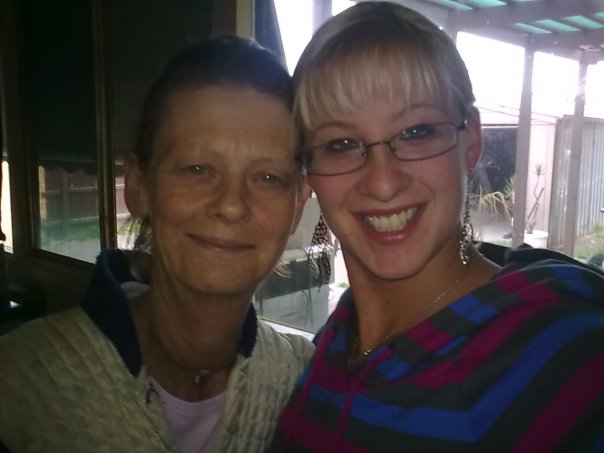 I_Miss_My_Mums_
Whilst i live in the generation of Y, i have never used a blog before! I was a little worried and sceptical at first but realised there was alot that i needed to say about my experiences and how im dealing and coping with my mothers ongoing illnesses; all by myself! I'm also hoping to shed some light on things for others that are in the same situation as me. I was only 14-15 yrs old when mum was diagnosed with breast cancer - lets just say i didnt take it very well. Consequently, i developed my own problems at an early age. Thankfully though Mum recovered fully after a full mastectomy and extensive chemo and for 7 years we thought she had survived cancer, until March 2009 when we received the news that she now had another primary cancer of the throat. I was 22 years old when this diagnosis was made; and studying my Business Degree at university. I had to prepare myself for this experience all over again, not knowing what to expect. This cancer was worst than the last - was i going to lose my mum, the only person i had? I became scared, depressed and fearful; it was hard and is hard for me to deal with things sometimes. I mourn for my mothers voice so much :-( Mum was unfairly dismissed since returning to work after the operation in July this year. Things for her just keep getting worse and worse. If i could give her the world i would - i wish i could. Im so sorry this has happened to you, i love you so much xxxxxx You are my inspiration beautiful lady. Keep fighting and never give up, i need you to much ok
0 Kudos
2 Comments