My Dad will die if he doesn't come off the 'waitin...

So this is the first time I've blogged anything .. Ever .. Anyway 14months ago my dad got diagnosed with cancer. He had a tumor behind his heart. Chemo got rid of the tumor. Then 2 weeks after being 'cured' he got diagnosed with blood cancer and this time it took a lot more chemo to 'cure' 6 months later he was given the a ok. Then he woke up in severe pain to be told a disk in his spine crumbled for no apparent reason. Then 3 months ago he had a seizure again for no apparent reason. I am sure they are linked and sure his dr is missing all the signs. He is waiting for an MRI but un fortunately does not have private health insurance and is on some waiting list. I'm just so angry the way he is treated by the public hospital it's like this is a third world country. Every time he gets rushed to hospital because he catches a cold or can't breath they stick him in a chair in the hallway. Last time he had to go to hospital because he was finding it hard to breath as his immune system was weak due to chemo the hospital released him at 2:44am in winter and he had to sit outside in the cold waiting for a taxi and what a surprise he developed a chest infection because of this which left him bed ridden for 3weeks. I'm just at the point where I worry non stop to the point I feel physically sick. He has only just turned 50 and looks like an old man. I'm 26yrs old and the pain of waiting in line for medical attention is driving me crazy. You'd think that a place like Australia would have a proper public health sector. And wouldn't make cancer patients wait 3months for an MRI to see what the next step is. Especially since we've already been told his cancer is rapid growing. We've found out more information about his cancer through Wikipedia them the Drs and we only found out he had cancer was because after 4months of Drs telling him he was fine he fell over and broke his ribs and in the chest scan they saw the tumor. Does anybody else feel like Australia's public health sector is the blind leading the blind?!?
0 Kudos
5 Comments

peanutz
Frequent Contributor
Sorry for the frustration. Most people here including myself experience the same frustration as you. I'm not sure whether you live in countryside or metro area. If your dad's doctor really wants to get him MRI scan, he/she can arrange it to be done very quickly. My partner had brain tumours and there was a time when his condition was not good. He demanded a scan sooner than later and it was all arranged for him in one week.
0 Kudos

SILLY
Super Contributor
I can get an MRI because mine are not covered by private health funds or Medicare . I just need a specialist to write the request and go to a place that does MRIs ,e.g. Qld X-Ray. This is in Queensland . It may be different in hospitals and I think Medicare covers MRIs under some conditions . Have you asked if there is any way it can be done sooner ,if you are prepared to pay . They can cost around $300, but even less . There are advantages being in the public system but you are seeing one of the disadvantages . I hope you get a quick resolution and your dad gets the best treatment . He certainly has been through a lot in a short time .
0 Kudos

Rich
Not applicable
Hi there, sorry to hear your dilemma. Where are you firstly? I have had cancer for 13 years and have always been able to get free scans. Get his Oncologist or GP to write a request and write please bulk bill on it. Make it clear you want to do this in a Public Hospital (not Private). I had been getting CT scans for 13 years, had lots of "no answers" although I had very bad pain issues and symptoms. I ended up requesting a referral to RBH (Brisbane) and getting a Gallium 68 Pet Scan (google it) it's the Gold Standard scan, costs $3000 but is free thru the public system but needs approval due to funding. If your Dad qualifies he will get it, otherwise keep pushing for an MRI. It showed an additional 9 sites of tumours than I knew I had. I've sacked my Oncologist because of it. An MRI may not detect what's wrong. DO NOT take NO for an answer - write it down and request it emphatically same as you should be for the MRI. If you're not getting listened to, change the damn Doctor!! It's also done at Peter McCallum in Melbourne for Victorian residents and I believe at St.George hospital in Sydney. The other alternative for an MRI to be done is ring an Ambulance and get him in hospital when he is in pain and they will be forced to investigate it as an Outpatient thru A & E at a public hospital. It doesn't cost money and the scan is the same damn thing public or private. Please take note of this as I got my validation of all those "no answers" by pushing hard and doing my own research and listening to others similarly affected. Good luck. Rich Happy to take a phone call.
0 Kudos

Deni_55
Occasional Contributor
Absolutely agree with you. We are now living in a 3rd world country and I don't know how it happened. I remember in 1979 going to India and a hospital somewhere there. I am seeing distinct similiarities. My partner was diagnosed by a neurologist who said he had a tumor. It was a private clinic in a public hospital, so he was admitted there as an emergency. If I had known had badly we were going to be treated, I would have taken him to the emergency centre at a ptivate hospital. When I have tried to have him transferred to a private hospital. He has private cover, they (public) make it sound so hard. They want to bill our private health fund to get the money, which we agreed to the first time, but not anymore. Supposed to be allocated "a Dr" Don't think so. When my Mum was sick and died in 2000, she was in and out of hospital and the ambo would take her to the public emergency and was stabilised ,then they couldn't wait to transfer her to a private hospital as she was DVA. Now the public hos want to keep you to get the money, which further clogs the system, puts pressure in the health funds, premiums go up and there are no benefits to us agreeing to our fund being charged.??? I know this doesn't help you, but yes you are right the whole system is stuffed. I would have to ring the private hos and make sure there was a Specialist, organise transport etc myself. I think there is a population demographic who think our hospitals are great compared to other countries. All that is doing is lowering our standards. My partner was just released again from his 3op on GBM4 and still a bit in la la land only to find out that this large Melbourne public hospital had left a bung in his arm....No one double checked. I'm supposed to take him back to the ward except walking is a big issue, they don't have wheelchais readily available, pay for the parking etc. So now I will spend today trying to find an available GP to take it out or do it myself.....I have taken photos too.!!! I would love to have Kevin Under the private system and your Dad can have our place. But how without getting more stressed and have to wait 3months to see a new Dr etc. Private Specialists are just as clogged. I feel so sorry about this country and how the health system public and private is deteriorating.
0 Kudos 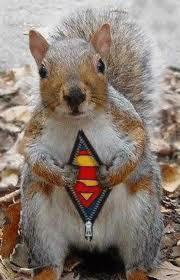 The_Rowan
Contributor
As Rich suggested, push for a PET scan. It was how my cancer was discovered. I was admitted to Monash with an autoimmune disease. I had CAP scans, MRI's, you name it. It was the PET scan that picked up my cancer at its onset. God knows where I would be now without it. Even though I have private health cover, my haematologist wrote the referral and the scan was bulk billed. It only took a week to get an appointment. They inject you with a radioactive isotope and leave you to lay quietly on a bed for an hour before they run the scan. The isotopes are attracted to, and attach themselves to abnormal cells in your body, and the scan picks up the clusters. Try for a second opinion from another doctor. Maybe they will refer your father for a Pet scan. I hope things improve for your family soon.
0 Kudos