Where do I start? 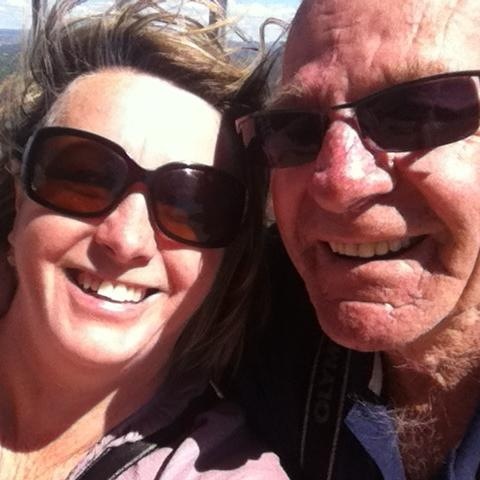 Banditswife
I've joined cancer connections because my husband has cancer and we both feel like shit. I love him so much it hurts and I hate seeing him suffer. He is in a lot of pain which is not quite being controlled by his current medication. Up until a few weeks ago one of his proudest things was that he didn't have to take any medication except panadol for the occasional head ache. He is on panadol osteo three times a day, Targin twice a day, endone three times a day, Valium three times a day (for spasms in his back) and coloxyl to help prevent constipation from the endone. He still has dreadful pain and can hardly walk. He won't go to the GP to have it reviewed because he is seeing a radiation therapist on Monday. His oncologist is hoping he will have radiotherapy before Christmas and chemo after. if the radiotherapist doesnt start treatment then he will have chemo before christmas. Thankfully his medications help him sleep. The oncologist is a professor and seems to know what he is doing but we have nothing to compare it with. He hasn't given us much information - we have spent most of the time since the diagnosis waiting for the next appointment. I have googled Rick's diagnosis and symptoms. Not helpful, just very scarey. The cancer in his spine, pelvis and femur was only discovered after a scan for a kidney infection. The on-call GP said "you have a blockage in your kidney and there's black spots on your spine". He then sent him home to wait for an appt with a urologist. He made it sound like the spots were dust on the lense. A week later Rick was back in emergency with severe pain from the kidney infection. The locum filling in for our usual gp was horrified that antibiotics weren't given and that the 'black spots' weren't investigated. An oncologist was the next appointment after a three week wait. He ordered more scans and a bone biopsy, so more long waits. A couple of days after the biopsy he started to have back pain which has gone from bad to worse. I had to ring triple O one day as he couldn't move from what turned out to be spasms from the nerve being pressed on in his spine. I still can't help thinking sometimes that maybe it's just an old back injury returned and that the black spots were just dust. Other times I think the worst.
0 Kudos
6 Comments