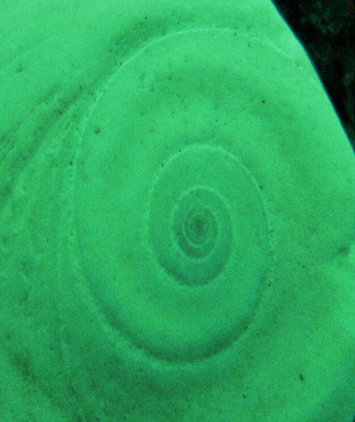 cherrybird
Thanks for the comments and for reading my blatherings. You are very kind :) So, today presented a new realisation by way of work. I have recently started a new job packing tea. Sounds menial but I am getting great joy from the pleasant work environment and the chances at physical and mental challenges that only come from repetitive, low stress tasks. eg: "I packed 4kg's of tea in 1 hr, lets try for 6 this time, if I do it, I'll shout myself a pie for lunch. Yay". Anyway, I have a boss right, and thought that was the deal. Me, the worker, he, the boss. Yes, I spend the most time packing the tea, yes I am good at it, (perhaps better than the other team members who come out on a rostered day whereas I'm there everyday). But silly me, I was sort of unaware that I was in charge of the packing of the tea. I don't feel comfortable "managing" other people. Preferring to labour under the title of Pleb, and only go for low responibility jobs where possible. And when put in charge I faff about, unsure of myself and try the good old democracy method, which although friendly, doesn't get much work done. So imagine my dismay when it dawned on me that I was actually in the role of oversee'er of the other tea packers, and am responible for them doing a quality job correctly and efficiently! After subtly confirming this "new" role with my lovely boss (not wanting him to cotton on that there was no oversee'ing being done up to this point, potentially increasing mistakes), it set off a flurry of internal dialogue. A chain of thought examining the reason I have this fear of being in charge at work. I realised today that throughout my little life I have been told again and again that I have leadership potential and this was the case when I was in school and a young adult, directing community theatre and captaining sports teams and the like. Then something changed somewhere. Perhaps, in spite of this perception other had of me, I have avoided being in charge of things as a grownup. Perhaps it was the severe beating my self esteem took in high school or I've picked up along the way some deep resentment of being told what to do that only manifests itself when the shoe is on the other foot. Perhaps its all these things, but I realised that it's also something else.. I am afraid that if I am given a role of responibility at work, it will be so much harder to go to my boss and tell them that I can't work or have to quit due to more surgery, more treament or just plain needing more time to spend with family and friends and experience life because I have cancer. When people depend on you, it's so upsetting to have to let them down, that's why I avoid being in a position where that may happen, like being in charge of a team at work. In relationships too I guess, but that's a whole other kettle of fish. The more indispensible I am, the more I want to run so that cancer doesn't ruin things for my workmates, especially the people who are kind enough to give me a job in the first place. Leaving a small role only leaves a small hole, right? I know that I'm being silly, having to leave a job, even one where nothing depends on you, is annoying for employers anyway. I've just had to leave so many, and really good ones too, because of cancer that it makes me dread having to do it again. And I really like this one! I have had quite a few jobs since being diagnosed, all had to end due to cancer. I feel like I've had to start again so many, many times and often wonder what my life would be like if my body allowed me to keep a job longer that a year. (No doubt not sitting in a shabby old house, huddled under 5 blankets because the heating is too expensive to run, after a nourishingly cheap dinner of instant noodles, tinned tuna and steamed broccoli, he he) To sum up, I'm facing my fear and grasping onto this new level of responsibility, and will ask my boss to help me work on my management skills. It's time I was a proper grownup and utilised my potential, improved myself. I can't be afraid of what will happen sooner or later. I have a good job, an understanding boss and the confidence that I will know my physical limits. And if I have to start again, so be it. A little advice to round off - Try not to base decisions on what might happen, base them on what is happening now and where you would like to be tomorrow. Often the direction we chose makes things happen anyway. Might is a very silly word! Goodnight, hope you all have a good day at work tomorrow - I believe I will. xxxooo
0 Kudos
1 Comment