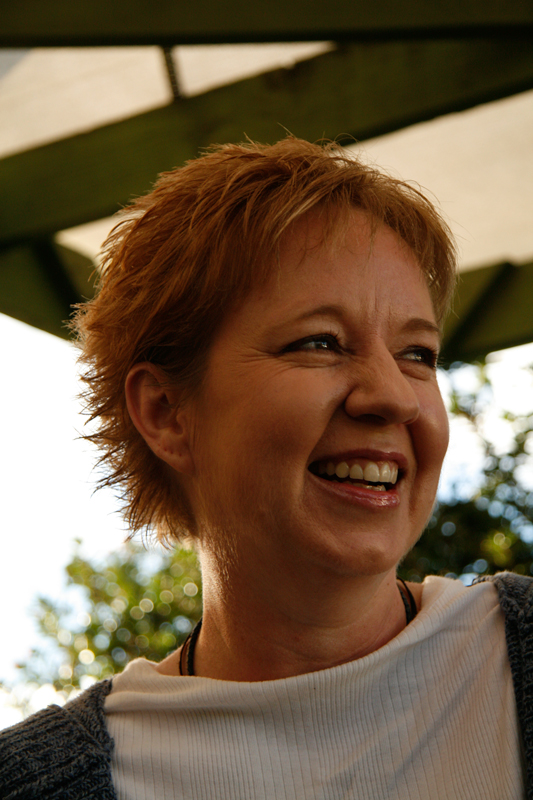 Trina
This is my first post. 2009 is without doubt the worst year of my life. I will be alone for new year, but I will hopeful that 2010 is better... I lost a lot this year. The diagnosis and treatment has been hard, everything is different. I also lost my relationship. As a single parent I struggle with finding time to look after me in between looking after my son and working. I had to go back to work full time 4 weeks after treatment and it was too soon. The fatigue just won't go away. My feelings of being alone are exacerbated by the fact that my relationship ended the day before I had to go back to work. I spent my 40th birthday in a Sydney hospital having a radical hysterectomy. Following this, chemo and radiation - it made me so sick.... apparently I am in the small group of people that are highly sensitive to the treatment, and apparently this is a good thing???? I don't think I could ever do it again.... Nothing in my body is the same as it was before all of this. Will I ever adjust? I still don't know what is happening. I just keep turning up for appointments. They took out some lymph nodes also. This adds another layer of issues for me. I also have pre-existing chronic pain issues - I am so sick of my body and sick to death of taking copious amounts of medication. I don't know what 2010 has in store for me, and I struggle to be positive, but I do genuinely wish all a happy new year and hope that you have a better year in 2010. For me, it won't be 2009, so that is instantly better! For this reason alone I will probably stay up to celebrate the end of 2009!
0 Kudos
5 Comments

Jules2
Super Contributor
Hey Trina Welcome to the site and i want you to know that you arent alone in all that you feel and think. I have had a great reaction to one of hte drugs that was given to me and am still having this wonderful thing happening. Am being a tad sarcastic as the side effects are not so wonderful. However and there is a big however when i look at the alternative i am happy enough to try and deal and thats the hard part. I think we all find different ways to deal. What works for me is not to bury emotions and to just allow them to happen when they need to. Am sure my family and friends think i am going round the twist at times and they can think that! Lets hope that 2010 is better for us all. I dont think it will allow us to turn back the clock pre cancer but hopefully we will find some peace and serenity within ourselves. Take care Julie
0 Kudos

Not applicable
Welcome Trina :-) I hope you find comfort and support from this site. I’m sure you will discover along the way that many of us have experienced similar feelings undergoing treatment for cancer. Don’t feel alone, there is always someone to help you. It has been 4yrs since I was diagnosed with Breast Cancer and experienced dramatic changes in my life. I felt, like you, that it was the lowest point of my life. The surgery, the treatment, the fatigue and the fear, all take a toll. I experienced the loss of a loved one, the week after treatment ended. I thought “what else can happen”, is this a test of my spirit and resolve! If so, please no more!! Now, I can say, I have recovered my “peace of mind”, I will never be the same person as before but we change constantly during our lives. Through searching, I found help that was appropriate and made sense to me. One of the things I did was join a Breast Cancer Support Group run by the Cancer Council. There I found understanding and acceptance of my feelings and also knowledge. Trina, you have been through physical and emotional upheaval, be gentle with yourself, when tired…take the time to rest, if upset…take the time to release emotions. As you said, celebrate the end of 2009 ..... and may 2010 bring you hope, understanding and friendship. Kind Regards, Reindeer xx
0 Kudos

samex
Regular Contributor
Hi Trina, like the others have said - nothing is ever the same again but it does get easier - just different.Like Jules2 has said when I feel down about the long term side effects of my chemo(problems with neuropathy with my feet) I consider the alternative and think that some discomfort is a bettr option. Life has dealt us a crappy blow but I hope to take 2010 and run with it the best that I can. Don't be concerned that you aren't positive all the time - despite what some people say about a "positive attitude" it just isn't possible some days. Hang in there and keep chatting here when you need to. Samex
0 Kudos

CATS
Contributor
Hi Trina - all our stories contain sadness and I especially feel for you, being alone New Year, but when you think about it, it's just another day - it may be the start of a new decade, which is the part I am really holding on to. July 2009 started the worst year of my life, it is much better now-in comparison- so much has happened in such a short space of time that you don't really get much of a chance to clear the mind so you can actually think and formulate ideas - I am still having trouble in that area.I don't really know, but surely there is a social worker at your hospital who could help you or at least put you in touch with someone who could help you and your son and help you make some sense of your life as it is at the moment - maybe even financial help so you don't have to work as often. I don't really know any firm details but I do know that help is out there - even if it is hard - ask for help - you are not expected to do everything alone and you certainly have every right to assistance. This site is a great comfort to me and many others so I hope it will be the same for you. Be sad, be angry, be intolerant, be happy but most importantly know you are definitely not alone. Take care Trina and keep blogging. AND Happy New Year to you and your son.
0 Kudos

willow
New Contributor
Hi Trinia I felt so strongly for you and your sadness when reading your blog. The others have given you good advice - it is so true that these feelings never go away - what you have been through is huge and it is ok for you to feel the way you do. But some days will get easier and I hope you can find some comfort in the knowledge that by contacting this site and sharing your deepest fears, feelings and worries you will always have friends here to listen, advise and support you without judgement. Take care of yourself and keep writing whenever you need to. Kind regards, Willow. xo
0 Kudos