Sharon_mah
Hi everyone, This iis my first time connecting to the cancer world since I was diagnosed with non hudjkenson lymphoma march last year. I really wanted to share my story here in hope to maybe help others who are going through the same thing and hopefully get some inspiration from all of you. I have been getting treatments with hardly any break since I was diagnosed. It started with toumours spreading all over and chemotherapy to begin with. I had been sick for almost a year and very sick in bed for three months before I was diagnosed and my doctor did not think to send me for any tests although I had all the symptoms of this cancer, but that's another story, a very sad one. After completing the first round of chemotherapy, I was told I had to do radiation to the chest as I had a large toumour which had not completely responded to chemotherapy and at 7cm in the chest it needed to be radiated and it meant a high risk in breast cancer and all other side affects, so I started radiation straight after chemotherapy was completed, 25 radiation session. On the second last day of the radiation treatments I woke up feeling dizzy and out of balance so I mentioned this to my doctor and was sent for a head ct straight away. The next day feeling so exited to finish radiation, I was told I now have a toumour in the head. I had to undergo surgery to remove it as well as more chemotherapy but this time with stronger drugs. The surgery was done a week later followed by chemotherapy which was the hardest thing to go through. After chemotherapy was completed I was sent for another scan only to find out that the toumour had grown in size, not only it hadn't responded to chemotherapy and grew back after surgery but nwas even bigger, so all that treatments and no results. I was now told that I needed to do a whole head radiation to get rid rid of the toumour and it meant losing my hair for the third time and a chance of it not coming back along with all other serious side affects. It had to be another way, it just had to be, so I found the best surgeon in the country, desperate and terrified, I underwent another brain surgery, only to find out that the toumour came back three weeks after but was missed by the surgeon, so I was left for 2 months in pain while the toumour grew double the size, I became so sick and at this stage there wasn't much hope for me, but I wasn't going to give up. One doctor decided to give me radiation and see if the toumour would stay away this time. So I started radiation to the head where the toumour was and not the whole head, after it was completed an MRI showed that the toumour had responded to the radiation, but now there was 3 other toumours in different area of the brain and also one on the eye muscle, which explained my double vision. So I was told two weeks ago that I have no other option but to do a whole head radiation, I have completed 8 sessions and have another 7 to go. I have not had a break since all this started, I feel so weak and every day is a struggle. I thank god to be alive, and the whole journey feels like a very bad nightmare, but I have to stay positive and believe that I will make it through this.
0 Kudos
3 Comments

Rubes1984
Contributor
Hi Sharon, What an terrible and extremely unfair card u have been dealt with ur cancer experience. U have been through so much and are still able to be positive. Each of the members on this site have their own unique stories of their cancer experience ... All equally heart breaking. I have found everybody here are great listeners, are able to give good advice and emense support in these very difficult times. I pray u are given a break soon and that ur will to fight continues. My thoughts are with u and I pray ur treatment is successful. Rubes
0 Kudos

Sharon_mah
Not applicable
Dear Rubes, Thank you so much for your lovely comment. I also pray that you will get through the chemo with flying colors and beat this which I am sure you will. Staying positive is a must in these times and we have no other option but to be positive and believe in the power within us. I am so glad to have found this site and already feel so much better to finally connect with other people who are going through similar experience as I have not done that this whole time I just did not have the chance. I also been through Chemo twice, lost my hair twice, and experienced the whole thing you are experiencing. So if you have any questions just ask me, I feel I'm a big expert now after all the treatments, picc line and all many times lol :) My thoughts are with you, please keep on updating us on your progress. And smile no matter how hard it gets, because life will smile back at you too 🙂
0 Kudos 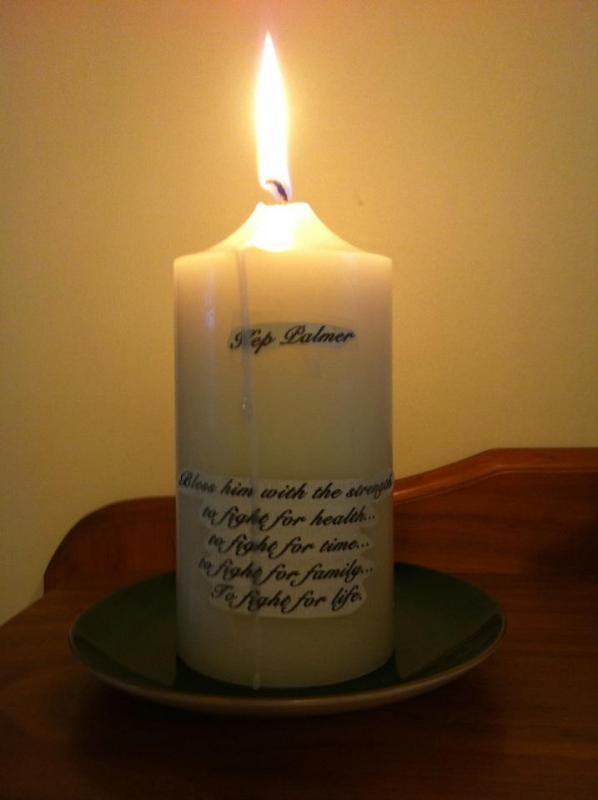 rarsie
Contributor
Hi Sharon, My my what a strong, brave girl you are, this seems to go on and on but as it goes on you will become a different person even now I bet you are not the same as you were before this happen to you, and remember God only gives to the ones he knows are strong enough May you keep fighting and finding the strenght to go on rarsie
0 Kudos