Deb1960
Remember, Blogs are our own personal thoughts only. At what stage do you decide that your quality of live is more important that the quantity? Early this year I was found to have a very advanced colorectal cancer, stage 4, with no possible cure. I had ended up in the A & E department of our local hospital after my bowel had perforated and now had gangrene, emergency surgery was done to remove the primary cancer and 23 lymph nodes, 10 of which were cancerous, my liver was found to have extensive secondary’s and also one tumour in the lung. Palliative chemotherapy was offered, the sole purpose was to try and give me a few more months of life. I had originally decided against this option, (mine was the 2nd advanced bowel cancer in the family) but my oncology team talked me into giving it a try, telling me that I would have approximately 6 more months to live without it and a year or even 2 with it. My first mistake was to believe what I was being told, I understand that they want patients to try chemo, the old fight this cancer routine but at what price. Firstly I had no idea just how badly the chemo would affect me, my cycles were 2 weeks long, 3 days having the drugs infused and 11 days to recover enough for the next cycle. At first I was tolerating the drugs ok, but by cycle 5 I had gotten to the stage where I was not recovering fully before the next dose, cycle seven in particular knocked the living daylights out of me and I was still dealing with the worst of it when it was time for the next cycle, I knew I should have asked to skip that treatment. On the second day I got to see my new oncologist, we sat down and had a long and for me a very informative discussion about my case. My latest PET scan showed no improvement at all, my CEA tests had shown an increase in numbers over the last few months; the cancer was still active and was starting to grow bigger, decision time. To start with my new oncologist told me that I was the boss here, she would give me all the information, offer treatment options, answer questions but in no way would I be told what I should do, that I was the only one who knew how I felt and what I wanted to do, based on being given facts, no guesses about how long I might have doing this or that, why? Because we are all different, our cancers are all different in as much as we are at different stages, no two people have the same side effects and we are all different when it comes to what we want from our last months of life. So I have now decided to stop chemo, I do not call this a life, on very good days I can crawl out of my bed for a few hours, something as simple as going to the grocery shop is now beyond me. I want to spend what time I have left with my family but also need to be able to function on some level of normality, I want to travel, too make good memories for them to cherish after I pass away. As this last dose of chemo is slowly leaving my body I am getting a little stronger every day, the side effects are lessening and hopefully will disappear. I have not as some people might think given up the fight, what do I fight is my question to you? I am taking back control here, I want to be able to do the things we all take for granted, I know and accept that my time is running out, but then so is everyone’s, mine just a bit sooner than I would have liked but I have to say there are far worse ways to die than this one and for that I am grateful. So I have chosen quality over quantity, never think for one moment it has been an easy choice but it is mine and only someone who is in this situation can understand how it really feels.
0 Kudos
9 Comments

harker
Frequent Contributor
Good for you Deb. I followed your thinking here very easily. You might want to save this post and print it off as a Word document so you can have it 'in your back pocket' when you are spending this important time with your family. Just a thought. Again, good on you for being so clear about life. All the best. H
0 Kudos

SamR
Occasional Contributor
Hi Deb, An amazingly courageous journey, you are on! You are the only person who can make the quality over quantity decision. Sounds as if you have a caring oncologist now. Your chemo experiences sound horrendous, I hope you start to feel better soon and are able to get some strength back to do normal things and build those happy memories. I hope there can be a miracle for you, hope too that doing the things you love, you will get that much needed quality time with family. Live for today and hope for tomorrow! Sam
0 Kudos

SILLY
Super Contributor
I completely understand your thinking. I would probably decide the same as you in those circumstances.I wish you much joy and happiness and peace.
0 Kudos 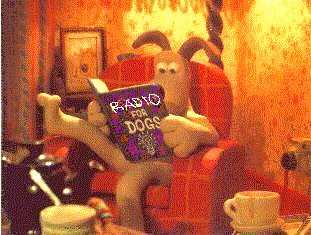 oldhippy
Occasional Contributor
Deb, I wish I had your eloquence - not the fancy, flowery kind, but to be able to express clearly what you think/feel. I am sure I will get to that stage and hope I have the mental strength (and capacity) to do it. Dogs get more consideration on "quality of life" - where does that leave us as individuals looking down the barrel. We can relieve our pets suffering, grieve their death, but know we have made the right choice. What is our own value as people, , and do we have the right to choose our own death, our own way of ending the suffering - I believe we do. Goodonya Deb. Hugs, Andrew the oldhippy.
0 Kudos

Richard1959
Not applicable
Hi Deb I am humbled by your courage and eloquence. So much of what you have written resonates with my feelings and thoughts about cancer. With the incidence of cancer as prolific as it is in my family, my time will come eventually: I hope I have your fortitude when the time comes. All the best for your remaining time Richard
0 Kudos

Deb1960
Occasional Contributor
Hi Richard, I have read your info, you and your family have been through a hell of a time with cancer already, I truly hope that you break the cycle. I don't consider myself to have much courage, more like I have limited options and have chosen the one that works best for me. I wish you all the best Deb
0 Kudos

Deb1960
Occasional Contributor
Hi Hugh, I am starting to write a few things down now, helps me see more clearly, was encourged by one of my palliative care workers to write down my feelings. Have you read an article by Atul Gawande, What should medicine do when it can't save your life? It was very helpful to me early on when I first had to deal with this live shortening disease. Deb
0 Kudos

harker
Frequent Contributor
Thanks for mentioning the article by Atul Gawande, Deb. Sounds interesting. I like the reply you gave to Richard as well. It makes me realise that the courage is in the choosing. And that's what you have done. I find writing always adds something to life, something which I could not get any other way. Cheers. H
0 Kudos

oldhippy
Occasional Contributor
Hi Richard, Mate, readed your bio - gosh, you've had this sorta crap hanging over you most of your life! And I hadnt seen that, the price you pay just WAITING....people like me and Deb, we know we are doomed, and probably real soon. Get pissed off with others, dont see them as but dilettantes, - so, your blog comment was good, (BTW tnks for the ref. Harker) and I readed to here, typing away in instinctive response... thank you for what you have given me. I wish you well, hope you get something from this group. I know I do, hope you do to. (sounds like a bad song title, right?) Andrew the oldhippy. PS - did the boat ever get finished?
0 Kudos