Will this nightmare ever end?

exhausted
I wrote in middle of November that I thought Stuarts journey was nearly over, well what the hell would I or anyone else know!!!! Stuart went into hospital at the end of October and the palliative care team thought he had a week or 2 left, a month on the outside. We are now into our sixth week in hospital and making plans and preparations to bring him home next week. When I made the decision for hospital he was sleeping nearly all the time, had urinary urgency night and day that was driving me up the wall as he could barely walk and I was on bottle duty. Then he started to just get up from his sleep, day or night, and just wee on the floor, our bedroom stunk to high heaven! Very small amount of speech. Now after all this time in hospital expecting blessed relief from this miserable existence we are both trapped in I have made the choice to return home as I cant bear to leave him in the hospital so I spend most of my time there but I cant bear not being home for my kids. I feel like their childhood is slipping through my fingers. It is a wild rollercoaster ride, one day he looks close to slipping into a coma and the next he is quite bright. He now can't walk or talk, just the occaisional yes or no. He is still eating well but having difficulty swallowing. He has a cathheter as the urgency was driving him nuts too. He seems to be in a plateau and it is heartbreaking to watch. I wish God would hurry up and call him home.
0 Kudos
7 Comments

jan52
Not applicable
Oh sweety, I know only too well how it is at that point in this horribly journey! Hang in there, just when you think the nightmare will never end, it does and it happens so quickly it takes you by surprise. I am here if you need to talk Hugs, Jan
0 Kudos 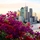 Stitch
Contributor
Thoughts and prayers with you both. xxoo
0 Kudos

Minx
Contributor
How I wish I could say something that could help you, Hugs and take care of yourself. Min
0 Kudos

tatsoi
Contributor
this sounds so hard i don't know what to say... x
0 Kudos

netty
Occasional Contributor
So grateful for your phone call..just when I needed it most. My thoughts are with you as you bring Stuart home for Christmas...just pray you have the strength to get through it and out the other side. It is going to be a bitch of a Christmas for alot of us :((((
0 Kudos

jan52
Not applicable
Hey there, Been very worried about you. Send me a text when you can please sweety, Hugs, Jan xxxx
0 Kudos

netty
Occasional Contributor
Hi Jan, Don't know your number to send a txt, or have I been really absent minded which wouldn't surprise. xx
0 Kudos