Braveb
[ser-vahy-vuhl] noun 1. the act or fact of surviving, especially under adverse or unusual circumstances. 2. a person or thing that survives or endures, especially an ancient custom, observance, belief, or the like. Defining survival appears straightforward, but within cancer circles it isn't. The days are gone when your medical professional declares 'You're cured!'. Instead, careful language filled with scientific precautionary and cautionary thinking is used. Terms like 'no evidence of disease' and 'long-term remission' now dominate. Let me say up front that I am not complaining. The fact I am even thinking about this aspect of cancer means my treatments did what they were supposed to do and for now I have no evidence of disease. In cancer circles I get to say: I'm n-e-d I like the new vocab because while being realistic and pragmatic it still allows for bouts of spontaneous celebratory dancing. I am technically, at this stage and time, and according to standard medical imagery and oncological understanding, cancer-free. I may not stay that way (indeed, 50% of colorectal cancers reoccur), but I am that way now and that is enough to ride the optimism bike as far as the eye can see. But have I survived? Not according to medical researchers, because they measure cancer survival as being alive five years and ten years post-diagnosis. This is the benchmark and the universal metric used in clinical trials and in hospital and governmental reporting. Maybe, according to the Cancer Council, because they define a survivor as someone who has finished 'active' cancer treatment. Does my 11 months of further anticoagulation therapy count? And what about the fact I am still living with a 'temporary' ileostomy? Yes, according to the National Centre for Cancer Survivorship (USA) that states that you are a survivor from the date of your diagnosis. Process or end result? The survival question really is one of process versus end result. My thinking is that working from the date of diagnosis is the most practical. But what about the five to ten years (the time it takes for a polyp in the colon to become cancer) that I was living with cancer before my diagnosis? I like the idea of acknowledging the process of living and surviving with cancer, and not the final outcome. The date of diagnosis is really just the date that I became aware of my cancer. My body knew long before I did - it had been fully engaged in attacking the tumour and was surviving. Actually, my body was enduring under a large tumour load, on top of drunken nights in Chinese clubs, large amounts of passive smoking (you can still smoke nearly everywhere in China), and binge eating fast food and chocolate. Someone that died three months after their diagnosis survived three months (and more) in my opinion. Someone that died seven years after a second bout of lung cancer survived seven years (and more). Someone having chemotherapy is surviving. And so is someone cancer-free after 15 years. A focus on the process seems consistent with talk of a 'cancer journey' anyway. There is no need to get hung up on the end point, whether that is death or life, because cancer is a process and so is healing from and living with it.
0 Kudos
6 Comments

Jules_68
Contributor
THANK YOU BEN, I sooo needed that today. xx Im so glad you are N.E.D as I am and surviving honey xo
0 Kudos

SILLY
Super Contributor
Well said ,as usual for you. Last year I was invited by the P.A. Hospital in Brisbane to a National Cancer Survivors Day event their first ever. I had wondered at what point one becomes a survivor .Then I was about 16 months past diagnosis and about 9 months past treatment. I realised then that I must be a survivor. Previously I had thought that a survivor was one who had beaten it . Of course since then I've learnt that for many cancers one cannot even feel confident of this,let alone know it. I'm not even sure how many doctors use the term remission. Mine never have to me but I say I am .That also implies to me that it's a temporary position,which it is believed to be with ACC . The last thing my oncologist said to me was "Celebrate!"
0 Kudos

purpleangels
Contributor
Interesting....... My husband has a very slow growing (2mm in a year) cancer, that is very rare. So far he is three years past diagnosis, with no treatment options and battling pain from his operation three years ago. We concentrate on getting him pain free, we have not even really begun to focus on eradicating the cancer.....is he a survivor? Is he "living with cancer"....... I ask myself this a bit....... We see his surgeon in Sydney once a year (900 kms away)who tells us he is doing okay....... The tumor robbed him of a kidney last September, as it blocked his ureter......is he surviving? I think he is...... Olivia newton John tells people she is thriving..... And I ask myself if this applies to my husband......no definitely not. Every day is a battle with pain, loss of memory caused by meds, loss of bowel control caused by the cancer, battling depression, unable to drive, work, lift children, wrestle with our three year old son......so thriving......no. Still with us, contributing in small ways to our family, making memories for our young children, creating a beautiful garden, folding the washing...... Walking lots and being mr havachat to everyone in our local area..........I would consider these small victories...... Surviving!!!! Living one day ata anime, surviving.......sometimes living one hour at a time......surviving....being out of hospital for nearly six months........a record......surviving!!! Being able to keep food down.....surviving..... It is all relative AND personal....... Thanks for sharing and good luck!! PA
0 Kudos

Allicat
Contributor
That's great news that you're N.E.D. Ben. I have had many similar thoughts about being a survivor. It is an interesting thing to try to define. I had two doctors tell me "You're cured" but both of them said it with a tone that suggested they should have done air-quotes around "cured". But, I am also N.E.D, with only 20% recurrence rate so I am happy with that.
0 Kudos 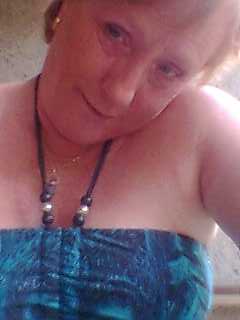 smellingtherose
Occasional Contributor
no wonder people act as if we as just all better now and just move on get on with your life after all you don't have cancer any more do you - what a load of BS My GP had to write a medical certificate for centerlink = he wrote CURED, I just cannt get it out of my head if only it were just so very simple/ so im not going to die any day soon cause they hacked me up and chopped out the bad bits and send you home and tell you - well lets face it very little about life after about what next sorry about ranting I think I have issues
0 Kudos

exhausted
Contributor
Once again Ben, very interesting and thought provoking. I attended my first relay for life event with my husband earlier this month and we walked(well he wobbled)in the survivors and carers walk and I also wondered about what makes you a survivor and did we belong there as his brain tumour is slowly but surely sucking the life out of him. By the time we had done the lap of the local little aths track, slow but steady, I decided that as long as he is still breathing he is surviving. So he is a SURVIVOR. And we are trying to live each day with some joy.
0 Kudos