How have wives dealt with dying husband ?

Pain an issue for my husband too @mrsvicki , hubby is booked in to see a pain specialist next week and I am hoping that they will be able to better pinpoint cause and offer something that will bring relief and will result in us both in being able to sleep better.

I am  pretty good at the personal self care side of things and am in contact with Carers Australia, seeing what practical services they will be able to provide as my husband's condition deteriorates (this was done via the Carer Gateway). As I will need to look at getting back into the workforce later on I have also accessed available supports through "Your Caring Way" and am thinking about doing a free course that they offer, have already done a short course on updating ones resume.

I have joined a pancreatic cancer caregiver support group and that has been helpful too. 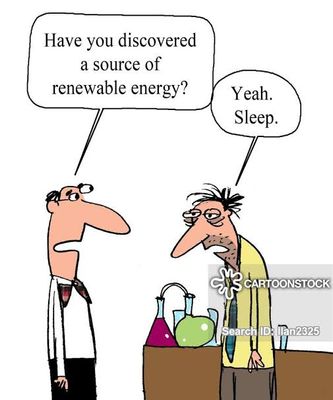 After being a fairly healthy man who for previous few weeks had been told he was suffering with gastro in October 2019 my late husband was admitted to hospital through Emergency as initial scan found blood clot in one lung.  This news stunted me but part of me said there was other health issues.  After 3 days in hospital he was sent home and about 1 week later we were told the horrid news ....... he had stage 4 pancreatic cancer with life expectancy 4 to 18 months.  First few days after diagnosis I spent lots of times in tears.  He was 53, I was 48 and we had been together as a couple for approx 7 years, married for 4 years..... prior to meeting him I had been single rest of my life. At first I felt devastated that here was a wonderful man who had made so many plans for our life together and that this future was being stolen too quickly.  I ended up taking approx 2 months leave from work.

we went to funeral director doing prepaid funeral. We went to lawyers and did new wills.  My late husband took out funeral insurance in hope he lived more than 12months.  There was no emotions involved with these things, we knew they needed to be done and my late husband wanted to do as much as possible whilst he was fairly healthy.

after having some chemo treatments and arrangements put in place forbid to spend each working day with a member of his family, in early 2020 I returned to work.  My late husband wanted as much of life to continue as it had for as long as possible.  Chemo caused various infections plus the usual side effects, combination of both Oncology staff advised were having negative impacts on him.  After being back at work forapprox 2 mths I took more leave and didn’t return to work until after he passed away.

i run a lot on nervous tension and adrenaline for last 3 mths of his life.  My main focus was to try to get him as happy as possible.  We had help from 2 different palliative care teams, one team was amazing to deal with and provided us both some one to talk to.  We talked about him dying, hardest part to deal with was hearing him talking about his fears about dying and begging his mum to come and take him home ....... his mum had died from cancer approx 6 years earlier.  We talked about where he wanted to be at the end as I felt that was important.

I returned to work few days after his funeral as knew that would have been what he wanted plus, for me, I knew I needed to start to live the next stage of my life quickly

hoping you are able to receive some practical support to help you and your husband as that can take pressure of you both.

my husband was diagnosed with stage 4 pancreatic cancer mid October 2019 and passed away late April 2020. Happy to chat anytime

Thanks @Patches  sending ever so tender thoughts your way.

I know I am gradually healing and that it will take time.

Thank you for your kind words

Thinking of you - always happy to chat

It is so nice to hear some of your thoughts. I am very sorry for what happened.
Reply
0 Kudos

some things I learnt due during the last 14 months

- never let medical trained staff make all the decisions, especially when not happy with those decisions

How are you going @mrsvicki

Hi Darcy - saw your post and then just remembered

Going ok I think, he had a PET scan and has a hookup next week to see if suitable for PRRT at Peter Mac in Melbourne.

The emotional roller coaster continues as have just had 4 days of bad pain but has turned a corner this morning and is outside watering the garden.

Thank you so so for checking in - how are you going