Sometimes, it does get better....

Versaillon
Well, we finally made it. Rob's last chemo cycle is on Monday! It doesn't seem that long ago that we were in hospital, getting the diagnosis and our lives fell apart. 8 months has gone past in what seems like a blur! The last cycle did hit Rob especially hard (God, you were so right Samex!). His onc decided to stop the Oxaliplatin as Rob was getting bad neuropathy which he said would get worse before it got better. He wasn't half wrong - poor Rob was hobbling about because one of his feet went numb and was quite painful to walk on. Rob has the wonderful ability to heal rather fast so hopefully the nerves regenerate quickly. He seems to be doing ok for the moment although he is really having a hard time with the fatigue, me thinks he's just over it completely and I don't blame him. He's now having chemo at home as he doesn't have the Oxali drip anymore which is great for him. No more sitting in the hospital for hours - his home nurse comes over, hooks up the pump and comes back in a couple of days to take it off. Which is good, because I start my new job this Monday! Yep, was offered a position last Monday which I accepted and wouldn't you know, since accepting my phone has gone off tap with people wanting to interview me. Weird. Things are really looking up for us now which is weird given a month ago, life just looked so bleak. I think it all began with Rob getting the all clear and has just gone from there. I can't help feel a little guilty though as there are good, kind people here who are still suffering or grieving. I think of these people often and wonder what we can do to help, wish I could ease the pain in some way. We have since become a part of something we both believe in and have offered our services in the desire to see it come to fruition. Something that will bring a sigh of relief, a smile to those who are in the same boat we are. I hope everyone is coping ok and plodding along. Jo xxx
0 Kudos
11 Comments 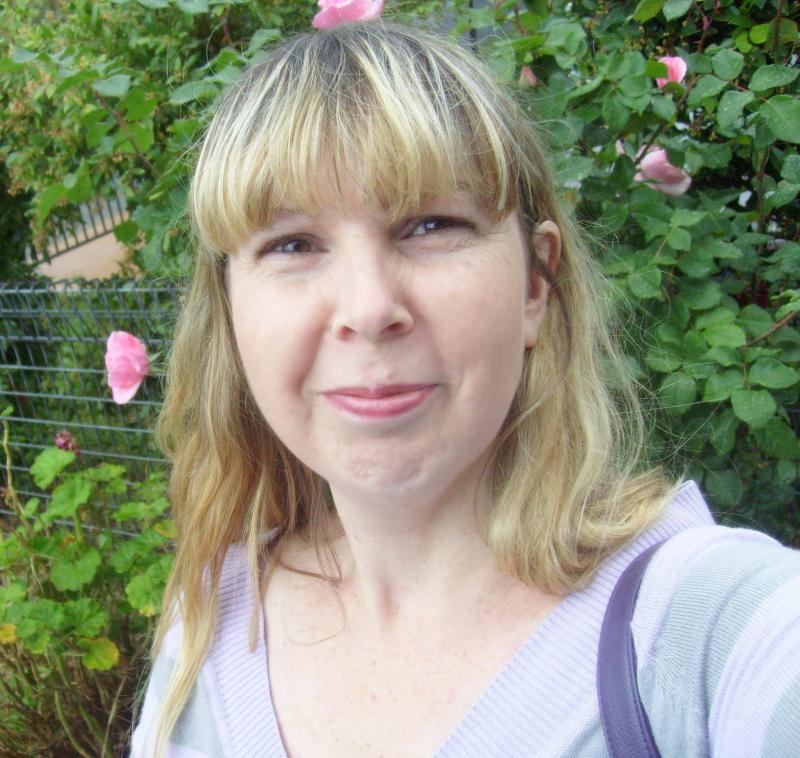 Versaillon
Contributor
Thanks Joy!! I'm actually rather nervous. How is the learning to ride coming along??
0 Kudos

CATS
Contributor
Great news Jo and Rob - a new job A N D no more chemo yaaaaay. God help me I am so waiting desperately for my oncologist to say those words to me. I have still only had 4 months of chemo and I start my 7th cycle (HAVE IT EVERY 3 WEEKS) this coming Tuesday - I hate Tuesdays!!! Excellent news for you both and I am really privileged that I have been able to share in your journey.Keep your spirits up- its nearly over!
0 Kudos

margc
Occasional Contributor
HI JUST WANTED TO SAY CONGRATS ON LAST CHEMO (HAD MY LAST CHEMO ON TUESDAY TODAY IS THE FIRST DAY I FEEL ALMOST HUMAN I HATE THE STUFF, I SWEAR IF THE CANCER COMES BACK I WONT DO CHEMO AGAIN)ALSO GOOD LUCK WITH YOUR NEW JOB HOPE EVERYTHING WORKS POSITIVELY FOR YOU BOTH KEEP SMILING FROM MARGC
0 Kudos

CATS
Contributor
margc congratulations on finishing chemo - it really is horrible, I absolutely hate and dread the chemo Tuesdays. As a matter of curiosity - how many cycles did you have? I start my 7th tomorrow, God I was so sick last time I thought I was going to die. I am going to ask if there is anything apart from the steroids that will stop the nausea and the runs - bloody embarrassing apart from everything else aaaaaggggghhhhhhhh hate it hate it. Good on you and keep well.
0 Kudos

samex
Regular Contributor
Hi guys, been away for a few days. Jo, I am so pleased that Rob is finished. I hope that the neuropathy wears off soon. Mine actually got worse for a few months particularly in my hnads and rhen s you know, my feet have continued. Apparently this is only a small percentage so Rob could be fine and dandy. Just a quiet word from personal experience. i know that you are well aware from talking to all of us that things may never be the same agian. Keep an open eye and mind that rob may act differently than how you expect. I know that I expected overwheliming joy, but became swamped with fear every few months.I am now finally having counselling as I am bordering on depression. The main problem for me is that I can no longer cope when things don't go according to plan or people let me down. My plan is that things may now continue to improve. in saying this, everyone is different!Rob may have an entirely different perspective to me and grab everything and run with it. I really hope so. Sooo, enjoy the new job and start making those plans for that holiday!!! Samex
0 Kudos

margc
Occasional Contributor
HI CATS STARTED CHEMO 3/11/2009 SIX CYCLES EVERY 3 WEEKS FELT LIKE A LIFE TIME BUT I GUESS I GOT OFF LIGHTLY COMPARED TO SOME, HOW MANY WILL YOU BE HAVING? DURING LAST 2 CYCLES DISCOVERED GINGER CORDIAL SEEMED TO HELP SOMEWHAT BUT THE FATIGUE THAT IS ALL CONSUMING IS THE WORST, YET NO MATTER HOW TIRED I AM STILL CANT SLEEP OR IF I DO SLEEP I STILL FEEL TIRED (GO FIGURE). JUST STARTED MAKING FUTURE PLANS TALKED TO MY BOSS ABOUT GOING BACK TO WORK PART TIME IN MARCH PLUS MY HAIR JUST STARTING TO GROW BACK (MY KIDS THINK THAT I AM GOING TO BE BLOND, I HAVNT THE HEART TO TELL THEM I AM GOING GREY!)ANY WAY LIFE STARTING TO GET BACK ON TRACK, I HOPE YOU FAIR BETTER WITH YOUR CHEMO THIS TIME WILL IT BE THE SAME SORT OR DIFFERENT KIND (MAYBE A BIT GENTLER ON YOUR DIGESTIVE SYSTEM) PLEASE TAKE CARE. HUGS AND KISSES TO YOU AND THE CATS! MARGC
0 Kudos

CATS
Contributor
margc thanks for replying - I am so glad you have finished chemo, it really sounded unbearably full-on. My dreaded Tuesday was nothing like last time - I asked for the full doses of anti-nausea steroids - nothing untoward happened except I was lying awake all pop eyed and bushy tailed until about 3.00 am -then the wonderful usual side effects started-upset stomach on and on and on despite the gastro-stop that I practically live on now!! Totally buggered today but will have a sleep a bit later. In answer to your question, I have no idea how long I have to continue with chemo. I think they originally said 13 cycles but can't really be sure. I had my 7th cycle yesterday then the nurses got the doctor to have a look at my feet- red, peeling - I am off the oral chemo Xeloda for this cycle and have to use sorbolene 3 times a day until I see him again - also the upset stomachs caused him a bit of concern-what about me - it's happening to me not him!!! (trying to be funny but brain not sure whats going on). I started chemo on 20 October 2009 - every three weeks I have blood tests,urine test then on the drip, after an hour of that they hook me up to the Avastin drip, which is an adjunct therapy to target my liver tumors- takes about 1/2 hour. The next day(Wed), I normally go on the xeloda tablets for 2 weeks then 1 week off then back on the merry-go-round again! Well I bet you're glad you asked me only 1 question - I hope you haven't fallen asleep reading my reply! Anyway I will just have to see what happens over the next 2 weeks, hopefully everything clears up (including the cancers)yeah sure!
0 Kudos

larn75
Contributor
Hey Jo, Been away for a couple of weeks then moved in to my new place last week. Phew busy busy girl lol. Was lovely to read your post, way to go guys!! What is your special project 🙂 Can't wait to concentrate on mine now that we are settling. Just got all my Esteem cards printed up with Pabs Place on the back, plus letterbox fliers, postcards, letterheads and normal cards so I can well and truly get the word out there. I also landed a sponsor woo hoo. Felt like a pause in momentum when I went away but I will get that ball rolling again quick smart. Yay for you guys!!! Happy thiings are looking up. Alana xxx
0 Kudos