The best Christmas ever..

Bluejandaling
I've just come out of treatment for Stage 4 Primary Mediastinal Diffused B Cell Lymphoma (PMBCL). It falls under Non-Hodgkins, but is it's own little category of lymphoma as the histology of the disease isn't strictly NHL. The prognosis is good and I'm learning to live without fear, and to make the most of the second chance my doctors gave me. It's been less than 2 weeks out from my discharge from hospital following a week long stint post final cycle due to febrile neutropenic state. I was actually cytopenic - all the cells were down. Penic. I like that word. I'm still injecting myself daily because of a blood clot, and when that resolves, I'll be off all drugs. It'll be the first time in 7-8 months since I've been drug free. Leading up to my diagnosis my GPS thought I was having a nervous breakdown or physical breakdown, so I've been on a lot of painkillers since the first half of this year-ish. I've lost track of time. The most useful thing for me in this early recovery stage is connecting with people who have been there and done that. For those of us who have a good prognosis, the challenge is getting your head around the idea that one can survive cancer. I had a blog throughout treatment to keep my friends up to date with how things were, but now I just want to retreat into my little world and enjoy the extra time I have with my family. The thing is, all of us are living on bonus and borrowed time. I was before, I just had no awareness of it. I'm going to have to work on not being so acutely aware of my mortality and start living. Which will be easier as my blood counts continue to improve. A big change is that at the end of each day, I ask myself whether I had spent the day content. During treatment, I had to learn to let things go and focus on getting through the intense chemo. I had to learn to not react the way I used to to things beyond my control. In a way, I've become more insular and conservative, whilst paradoxically more open to new people and ideas. I still have to inject daily for the blood clot in my neck, but once that ends, I'm going to work hard on disengaging from the very small world I've been living in for the past year and see what's out there. I'm a little afraid. Having been locked up in a room or house for so long (my chemo was really intense and wiped me clean between cycles, and I had little energy to get out and about - but hey, it worked), I have yet to go anywhere alone. My specialist tells me that in 5 years time, when my hair has grown long again and they get to use the cure word officially, it'll all be a bit of a blur and a surreal experience. I know that there's still other stuff out there, and having had NHL, I'm now at higher risk for solid mass tumours. But maybe the risk was there all along, I was just blissfully unaware. What do I do with this wake up call? Make changes to my lifestyle. I didn't put myself first before. I was a silly self-sacrificing martyr, mother and wife and daughter. Now I realize that I only have to look after myself and my son. Everyone else can look after themselves. I've also learnt to manage stress - doctors tell me I didn't give myself cancer by getting incredibly stressed out, but there were warning signs that my immunity was weakened because of my inability to cope with an extraordinary situation. (Found out father-in-law was a paedophile who raped his 4 daughters). Did it give me cancer? Maybe not. But it didn't add anything to my life. Since the big "C", I've cut out these sick people out of my life and have never felt freer. I am over their emotional blackmail. I don't know why I got sick, but I'm never going to put myself in a situation where I am physically weakened unnecessarily. In 2009 the Nobel Medicine Prize went to Elizabeth Blackburn and her colleagues for discovering telomeras, an enzyme that replenishes telosmeres. In short, stress can cause damage to the enzyme that protects us from life threatening illnesses. Not all of them, but it plays a role in around 70 genes of cancers. So yeah, bring on 2011 and to me not caring as much about things that don't matter. **
0 Kudos
3 Comments

maddie86
Contributor
congrats on doing so well! your story is inspiring and gives hope to others.. have a very merry christmas! xo
0 Kudos 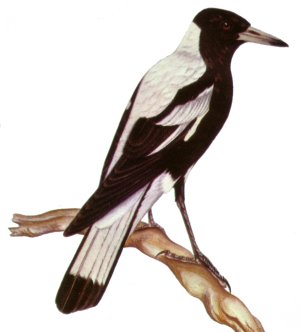 Bluejandaling
Not applicable
A word about telosmeres. In a study of healthy thriving 80+ year olds, the optimum length was not too long or too short.
0 Kudos