Hi Molly, When u are waiting for a diagnosis thinking and worrying is inevitable. I waited from 20th Feb this yr to 20th April before I got my diagnosis of lung cancer. U are doing the right thing tho, which is going to the Dr and get some tests started. Considering ur history it does increase the risk levels but nothing is ever written in concrete... I am sending u warm wishes and positive vibes, no matter what the cause seeking help is the first step. Good luck Rubes
Reply
0 Kudos

Thank you Rubes. I've been stewing for days and not sure if I should post or not. Your support means a lot. Thank you.
Reply
0 Kudos

Hoping for you that your worst fears aren't realised. If they are it is good that you have already sort online support . You have been a non-smoker for so long that it may not be much of a risk factor now .
Reply
0 Kudos

Thank you Silly, but I have accidentally misled you. I no longer smoke, but did smoke for 30+ years. I gave it away about 5 years ago. Thank you for your post. I really do I do appreciate the support.
Reply
0 Kudos

What a long week it has been! I've had lots of blood tests and a chest XRay which was inclusive, so today I've been for a lung CT. I am not trained to read a CT and I should not have looked, but I did ..... now I wonder what that black spot on my CT means. :( The waiting is so much harder than the tests, and now I have to wait another week to wait until I get the results.
Reply
0 Kudos 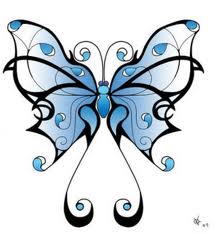 Hi Molly Black spots on CT scans are not the thing you worry about. Trust me on that!!!! Don't look at the scans til someone who understands them can take you through them. I had to wait from January to June this year for my lung cancer to be confirmed. I've just finished treatment. So don't worry til they tell you to worry. It doesn't help at all. Hard I know.
Reply
0 Kudos

Thank you so much Kasa. What you say definitely makes sense and I did know this, but human nature being what it is... I couldn't resist the temptation. Here am I complaining about having to wait a week or two, when you and others have waited months. I'm so sorry for that. The support that I've received here has helped a lot. I do feel better and I'm starting to think that I will be OK no matter the diagnosis, and for that I thank you all. My first ever mammogram detected a lump which eventually proved benign, but not before a full day of unsuccessful biopsies and then surgical removal. Then just 5 years ago I needed a hemicolectomy and lost half my bowel because of a large tumour that also turned out to be benign. Two months later I developed a malignant lesion on my face and needed reconstructive surgery following it's removal. I guess with all of that coming so quickly one after another, I was just feeling despondent about these new symptoms. I go back for my CT results next week and I hope to be able to come back and say goodbye after that. Thank you again. Your support has meant a lot to me.
Reply
0 Kudos

I hope it turns out to be NOT LUNG CANCER . As you say you're ex-smoker,although having given up 30 years before ,the fear never really goes away . I would think you are no more at risk than anyone who has never smoked . My non-medical opinion only .
Reply
0 Kudos