Hi everyone. It's almost 2 years after diagnosis of melanoma (stage 3), and 2.5 years after my cervical cancer (stage 1) diagnosis. And I feel like I'm spending my life waiting....just waiting... for it to come back or for it to be far enough behind me to be confident it's not coming back. Does everyone feel like this?

My friends and family have moved on, to them it's over, but I'm still having 3 mth and 6 mth check ups and have 1 March next circled as D-Day, my 2 year PET scan day for melanoma. I'm 34 and feel cheated somehow.. people are worrying about weddings or houses or kids and I'm worried about PET scans and spending ridiculous amounts of money on compression garments to try and keep my fast progressing lymphedema at bay. [A hangover from my melanoma surgery].

I'm so grateful I'm alive. But I'm also tired of the fallout from having cancer.

Hi and yes after so long friends and family lose interest but you are left waiting, you should have a chat with the Psycholohist at your local Cancer Care Centre or join the local Cancer Care Group (if you haven't already). I spoke with my Psychologist yesterday and whilst she was very helpful it was nice just to talk with some one who listened. I was diagnosed with Bladder Cancer early this year and most (not all) thought well thats it for him but don't realise not all cancers are untreatable but they do come and go. I also have 3 and 6 monthly treatments, check ups and associated hospital visits that seem endless but I feel its all worth the effort as I still walk the planet and hope to do so for some years to come, I am cancer free at the moment but as the main urologist told me last month celebrait now as it will be back. Oh well something to look forward to. 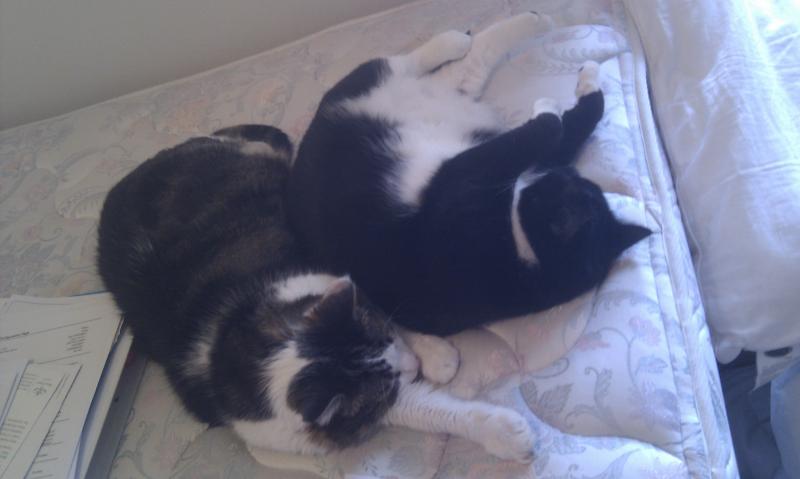 Immediately after diagnosis, I started out from a point of just assuming that my cancer would return at some stage. Then, one day quite out of the blue, about two or three days before the surgery, it just hit me:

Prior to that I had myself written-off.  Both my parents and a sister had previously been taken, all by different forms of cancer.  They were treated, it was initially successful to varying degrees, but then it came back, metastasised, and that was that.  So I just assumed this would be the case for me.

Since my treatment, two more sisters have been diagnosed, with two new forms of the disease.  Six people out of nine, all different cancers, all different outcomes. I beat mine, one sister beat hers and the other's prognosis is looking positive.

All outcomes are possible.  Allow yourself to believe that you can win. So, once I completed my treatment, and my 12 month scan came up clear, I more or less resolved that I was going to assume that the cancer was not coming back.  That's easy for me to say - in my case, the stats indicate that 6-18 months is the crucial period. Your cancers will have a different set of data, so talk to your clinicians about that.

So what should you do? I think I reached a conclusion that if the objective of the treatment was to save my life, then it should be a lilfe worth living. If one were to look over one's shoulder the whole time, then that could be viewed as a reduction in the quality of the life which has been saved.

So, consult a psychologist to get their advice and assistance on reaching a state of mind and attitude which works for you.  I can only explain the thought process which worked for me. Everyone is different, so find a therapist who you like, and work with them to achieve the outcome which works for you.

I am struggling and working with a psych to help change my way of thinking. What you wrote has helped in my eyes Mark and I want to say thank-you.

Thank you for the advice. It hit a note with me. I have been trying to do it all myself I suppose, but I think talking to someone may be really helpful. I want to be able to enjoy this life. I appreciate the time you took to write your reply.

Paul thanks for responding, I haven't talked to anyone but think it may be really useful. Hearing your story and that of Mark has really helped, we lived so we can enjoy life, so that's what we need to do. I wish you good health for many many years to come.

I was reading through some posts and came across yours and then realised you've probably had your 2 yr PET scan earlier this month.  How'd it go?

Yes I got my PET scan results. Unfortunately it wasn't the best news. I have a spot in my right lung. It's not a great diagnosis, but its also not the worst. It's one spot, they are going to remove it with surgery.

It's been a tough few weeks but I'm actually feeling really positive. I believe I can beat this, and I will continue to fight it.

Thanks for checking in

Hi @mspb0971  - sorry to hear it's not the best news for you. Seems though that you're holding onto the wise words of @mark2709 and @Paul_D to get on and live life as best you can right now.  Gab

Hi everyone and it's been a while since this thread started and hope everyone is going well, I had the all clear in January and have more immunatherapy treatment coming early next month then testing in May or June. As we all know it never ends but as the urologist says live life to the full as it will be back. I do get bad times but I will not let the waiting get me down, make the most of your local Cancer Support Group as you will meet some amazing cancer survivors at the meetings. One elderly lady I met at the treatment clinic and I will tell the story as it's a good one; I came out of my treatment room after 4hours on the bed and into the chemotherapy area where this lady was having chemo, she asked what goes on in that room you have been in for so long? I told her that having bladder cancer means the treatment is fed into the bladder through the ureathra and not every body would like to see the catheter sticking out with all the bits and pieces on, well she said "I wouldn't mind as at least out here you have someone to talk to". She has been on chemo on and off for 12 years and looked great, a brave lady indeed. Ask loads of questions and don't let it beat you.

Love & Best Wishes to all,