A question regarding immune systems?

Thanks,you expressed this so clearly what I've read in some scholarly articles.If I understand it correctly different cancers can alter something in particular genes so that they can't do their job properly and they don't fight the cancer. Genetic research is so important because it may lead to treatments tailored to each type and stage of cancer. In the future,albeit a distant future, getting cancer may not be any worse than getting a bacterial infection.
Reply
0 Kudos 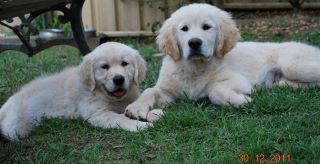 There is no doubt in my mind that a bad immune system is related to cancer - somehow. I was strong, fit and healthy untill I was injured as a cop in 2002. Since then I had suffered several other injuries and had 8 operations. I also had a large number ( I have lost count ) of Ct scans, MRI scans and Xrays, all of which are known to contribute a little bit at a time to cancer. This series of operations and scans etc continued untill I was shot in 2008. There were 4 more operations and many more XRays and CT scans. By this time, apart from the damage done by these scans, a permanent spinal impalnt and 15 operations, my immune system was non existant from constant abuse of my previously healthy body. I was then dignosed with Multiple Myeloma in early 2009. A coincidence? I really dont think so. I honestly believe that the effect on my immunity from constant body trauma coupled with the negative effect of countless xrays and scans have somehow led to my cancer. As someone said on this forum, it only takes one cancerous cell to start the process and whether the body has the abilty at that time to fight it. Sure there are other factors such as hereditory cancer like breast cancer, lung cancer from smoking, skin cancer from sun exposure etc etc etc but there are so many other cancers that dont have these links so how are they explained? Well this is my view and it seems to fit for me. Hopefully it means that if I can build up my immunity along with other treatments such as bone marrow transplant, chemo and radiotherapy, I may be able to fight and stabilise my terminal cancer. At this stage , this seems to be the case as I was meant to be dead 2 years ago! Never give up. What you believe can work for you whether it is true or not and whether or not it is the same for someone else with the same cancer. Anyway this is all any of us with any cancer can do! Stay well and dont let it beat you. Ash
Reply
0 Kudos

Do you know how the oncology specialist detirmines whether your immune system is normal , high , low , strong or weak  My GP had little idea  other than saying it was complex and forget about it !

In my opinion, this is one for the scientists, and whoever offers a point of view on it does not definitively KNOW.

Immunology is a major research area in cancer treatment, and is providing improved (and less damaging) treatment options for some types of cancer.  Great.

But that doesn't necessarily translate to immunity/metabolism preventing you from getting cancer in the first place.

From what I read, there's some kind of programmed death gene in all of us, some kind of marker that tells the body to start shutting down.  It's like that old saw about every cell in our body replacing itself over a 7 year period .. we're designed to rebuild and heal, but also eventually shut down.

Cancer is a mutation of healthy cells, that (just from a bit of reading) apparently is triggered by this programmed death process - and a lot of the immunology drugs geared toward treating cancer are designed toward over-riding this process (so that your healthy immune system can identify and fight the cancer).

Look, this is all just me as a layman interpreting science that is over my head .... BUT ....

That leads to the logical extrapolation that a healthy immune system doesn't necessarily specifically fight cancer.  The immunology meds are about MAKING THE CANCER VISIBLE to your immune system (and yeah I think also super charging the immune system).

So basically, this programmed death process, this mutation into cancer cells, is triggered (in my case apparently by HPV+), and it's a signal from the head honcho that it's time to pull the switches and go on vacation.

In my thinking, it leads that an otherwise healthy person with a supercharged immune system is just at risk of cancer as someone not (an oncologist said this to me, actually, when I was diagnosed).

BUT - eating all that healthy stuff and being healthy still FEELS great.

I think it's all about that programmed death process, that trigger point where a cell starts thinking "ohh right, Im not meant to be here any more".  They kill those cells with radiation and hopefully they stay away.  But will immuno- medicine, hawaiian seaweed and all that stuff help ?

I guess the answer is probably a very definite maybe.

Our medical establishment isn't great in terms of being a source of knowledge - I've met with scientists to discuss things like autism, and for extremely intelligent people with a very rigorous protocol, they're like everyone else - flawed humans who don't like hearing that they don't know everything, or hearing viewpoints alternative to the narrative they've invested so much into.

So yeah - on the flipside, if the secret to preventing cancer is in some kind of SUPERIMMUNO stuff, the orthodox medical establishment probably will poo-poo it for as long as possible, until the evidence is just plain undeniable.

I reckon gene therapy is probably what we'll see in 25 years - where at risk persons are identified at birth and given a preventative innoculation of sorts.  As long as the zombie apocalypse doesn't happen in the interim.