willow
New Contributor
Wow, you have been through so much. You are amazing with your attitude and how you've coped. Great that you didn't miss your son's 21st. You have suffered so much. Thank you for sharing part of your story with us. Cancer is such a terrible thing ....Life isn't easy once you have experience it - don't rush into going back to work..make sure you are ready and do it because you want to not because you think you should or others expect it of you. Take care, Willow xo
0 Kudos

Mrs_Elton
Contributor
Hi Julie, Special request - Next time put the bit about the coffee at the top of the post please!!!!! Only joking......it was really good for me to be able to understand (using that very loosely of course) what your journey has been. Thank you for sharing. Over the past 8 months or so I have read many of your blogs and replies to myself and others without fully knowing your personal story. You have always given so much to so many on this site and I'm sure you do that in the 'real' world too! You are one special lady Julie. I am grateful for your generosity of spirit. Here's to the next 12 months, may it be a smoother ride than the last. kindest regards, Jill
0 Kudos

Jules2
Super Contributor
Hi Jill Thank you and I did laugh when i read about the coffee bit as I did wonder about that when i hit "send". lol Then I thought, oh well no one might read it. It's not the full story but it's enough for now. One day I think I will write the whole thing warts and all. I believe in giving we receive, so therefore we are all giving and receiving all the time on this site. Thanks to you and everyone on here because it all makes our journey that little bit easier to be able to read and share with one another. Thank you again Jill ... perhaps we are all special ladies on here? Oh better include the blokes in that one too ... just kidding guys, wouldnt leave you out! I have met some amazing people on this journey, not all on this site of course and I am thankful and grateful for being able to do so. Thanks again Jill. hugss Julie xo
0 Kudos

Jules2
Super Contributor
Hi Willow How are you? Thank you for your reply. 🙂 Yes, I was very blessed not to miss my son's 21st ... I do not know how I would have dealt with that one and am fortunate not to have had to. Life is not easy once diagnosed with cancer ... I totally agree!! My need to return to work is financial as I am a single person and by the time I have paid my rent I get $100 to live on. That wears very thin after a while, I can tell you. 🙂 Physically I do not know if I am ready just yet and of course mentally and emotionally. I do volunteer work one day a week and as I have mentioned before I am putting my sister in law's business on the internet for her, so I keep myself busy. Anyhooooo, I am sure something will "happen" as it seems to. Just frustrating at the moment. lol I totally agree we shouldn't return to work because it's expected of us. Thank you for sharing your journey also. hugss Julie xo
0 Kudos 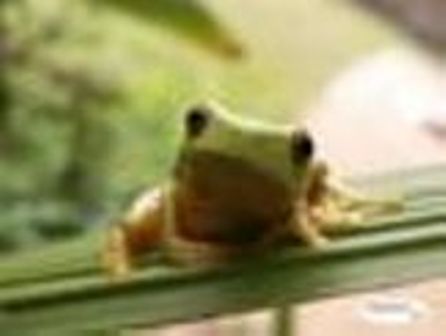 vinouche
Contributor
Thank you Julie for your wonderful story. It makes me see how fortunate I am to have come trhough this first round of chemo without the problems you had. I think it will make it easier to carry on because if you can get through all of this and still have a smile then we can too, or at least try. Hope you have many more years ahead. xoxo S
0 Kudos

Jules2
Super Contributor
Thanks vinouche .. i think i was lucky really as some people suffer so badly. It's just a case of one foot in front of the other because that is what we do, least i think so. One thing i try very hard to not let cancer rob me of my sense of humour and my ability to be happy. :) I hope the same for you too, vinouche and for everyone on this site. Julie xoxo
0 Kudos

WishingStar
Contributor
Hi Julie, I have been off the forums for the last week or so - I have been the carer for once - husband has been sick - so just wanted to say happy aniversary and what I agree with Jill - you have an amazing story of strength and reislience to tell, and have always been there to offer help to others over the last twelve months! Cyber Hugs Nicole
0 Kudos

Jules2
Super Contributor
Hi Nicole Hope your husband gets better soon. This time of the year is virus heaven it seems. I have my first cold in nearly 22 years! Quite strange to be sneezing and needing tissues. Hope you aren't getting too worn out. Ty for the happy anniversary ... it was harder than i thought to write about my experience. Anyhoooo tis the past and the future is the here and now and apart from my cold i am getting stronger so its a good thing. How are things with you at the moment, Nicole? cyberly hugss Julie
0 Kudos

WishingStar
Contributor
Hi Julie, Sorry to hear about the cold! Annoying things they are! I am ok. New username (longstory). My husband had a severe gall bladder infection and a heart attack as a result with a helicopter ride to our nearest capital city to boot - so I am the carer for now - but heading back to work this week as he is getting able to get up and out of the chair by himself etc. I am going for my 18 month check up in two weeks for the brain tumour - so starting to get the familiar butterflies back - but positive that everything is behaving!! Glad to hear you are doing so well - besides the cold! Nicole
0 Kudos

Jules2
Super Contributor
Hey Nicole I love your new user name! Hope you can find time to tell us about the story one day. :) Crickeys your husband has been through the mill. I had gall bladder problems years ago and it had attached itself to my liver, felt heaps better once it was out. Was the helicopter ride courtesy of the Royal Flying Doctors? Ahhhh all the best for your check up and try not to let the old brain get carried away with things that may or may not be! I just focus on anything and refuse to do that stress thing too much. Of course i get stressed to a degree but its a lot easier to not worry too much. Worrying is not going to change whether the cancer is back again or not ... is just going to ruin a few more days. I am being a sook about my cold ... lol which is kind of ironic really. Ok Nicole i wish you and your husband all the best and let us know how you get on with your check up. hugss Julie xo
0 Kudos

WishingStar
Contributor
Thanks Julie - sook away with your cold - why not!!! In Qld we have energex (an electricity company sponsored) helicopter airlift service, as well as the Royal Flying Dr. He is doing better - because of the heart implications, he will have a slow recovery - he is very frustrated, as is 34, and usually a fit farm worker - just was finally coiming to terms with my diagnosis - so a tad cranky if anything. Not stressing too much about the upcoming checkup - the upside about being busy. Look after yourself, colds really are terrible too although I was moaning the other day about having one, and everyone at work starting laughing - thinking it was funny - apparently they had always felt like major sooks whingeing about colds and flus around me after all the 'medical type stuff/aka horror' I had recently been subjected too - I just laughed - it had broken the ice - Colds do suck too!! They now feel free to whinge and moan about their own cold and flu type symptoms - its great!!!!! To be treated like a normal person again, ie someone that you can whinge about your flu too! - if that makes any sense what so ever! Nicole
0 Kudos

Jules2
Super Contributor
Nicole It makes perfect sense! I sometimes avoid people and situations where it is going to put me into the "cancer patient" category. How wonderful that the people you work with are now at ease and happy to whinge about such things as a cold! Glad to hear your husband was finally getting a handle on your diagnosis ... it is just so hard for everyone. Gosh re his heart and age, he is certainly going to have a new perspective on some of the things you have had to go through. The helicopter service sounds great, not sure there is an alternative here in the west. Although i heard of some angel flights from geraldton to perth, i think!?!? Not quite sure what is involved in those ones. take care Julie
0 Kudos