Eye of the Storm

Teacher_Mum
On a high from the World’s Greatest Shave, and chatting to the kids in the lounge, I nearly missed the telephone ringing. It was the Victorian Cytology Service confirming that the results were abnormal and that I have been registered for “low grade squamous epithelial lesions”. Always with the precursor of ‘don’t worry’, I managed to get more information from this ‘unsuspecting’ doctor. The clinic I have been registered for is ‘cervical dysplasia’. This is a “complex care clinic” where they register women with abnormal results who cells have a possibility of growing into cervical cancer. Little did he know that Oncology got to me first. The next question asked was “Do I have HPV”? HPV is present in all cases of diagnosis related Cervical Cancer and it was a question that was dodged by two doctors in emergency. “Its very possible” was his heavily accented response. But don’t worry. Cervical cancer takes on average about 10 years to develop. Since I have had a hysterectomy, there is no cervix present, so we are talking about lesions in related gynae areas. I had an Oprah “ah ha” moment last night and I tend to have a few of these. The first was realising that blood tests conducted two months prior to the TAH did not pick up the tumour. The second realisation I had was the clear memory of the ultrasound prior to the Hysterectomy and the report which said that the “uterine mass’ was “transmural” which meant it was located both inside and outside of the uterus. This tissue mass related to the ectopic pregancy (Seanain) (ectopic pregnancy = pregnancy outside of uterus i.e fallopean tube, or in my second case, just outside the uterus). If the tumour, as found in the biopsy after the TAH was in the mass that they found. It may be a possibility that the tumour was, also, transmural. They took the tumour out, without a question or a doubt. However if it was transmural then cell growth outside the uterus is a possibility and its this possibility that is sitting at the back of my mind as further issues progress. I will have a chat to my Glaswegian “House” however I am braced for the common comment that is associated with rare tumours of “I don’t know”. The MRI is this Thursday at 8:15am and surgery / further biopsies most likely the following week.(biopsies, removing lesions, laser – all the good wholesome stoof) In the meantime it has given me excellent design ideas regarding my photography portfolios which is great. It allows me to exercise the demons of uncertainty and negativity through the camera lens and to express my human spirit which is great. I am very fortunate that I have ‘fodder’ for my work so although things could turn out complicated, one just can’t help but whistle “always look on the bright side of life…” 🙂
0 Kudos
12 Comments

samex
Regular Contributor
Great photo Teach.Did you raise what you wanted? You seem to be able to face these ongoing dramas with such resilience. An inspiaration to us all, especially when the bloody turkeys get us down! Samex
0 Kudos

CATS
Contributor
Good luck for Thursday Teach and don't let them get you down. I will be thinking of you along with every one who knows you. Don't stress (yeah!). xxxxxxx
0 Kudos

Mrs_Elton
Contributor
Hi Teach, Will be thinking of you Thursday and hoping that you can keep whistling!! Jill xo
0 Kudos 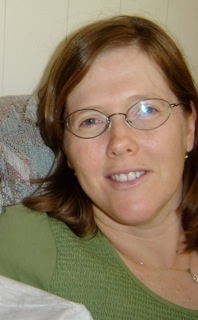 Jules2
Super Contributor
Good luck teach ... here's thinking of you. On the w/e i went somewhere that i would imagine you would enjoy. One of the girl's that i went through treatment with lives south of me at margaret river. I went to her winery and stayed overnight with some other friends. Omgosh, what a beautiful place they have and in such a beautiful part of the country. Ducks and a very confused rooster who is best mates with the geese ...lol I woke on sunday morning and saw rabbits which was very cute, yes i know they are vermin but?? haha The dogs and everyone seem to live in complete harmony and we had such a fantastic time on sat night, good food and good company. Fantastic effort on the big shave too and the pic is great!
0 Kudos

Teacher_Mum
Contributor
ahhhhhh!!! Thats why the emerg doc examined my a.....*winks* fabulous isnt it - I will need to sign my dignity back in shortly 🙂 perhaps after the MRI on Thursday.... 🙂
0 Kudos

Teacher_Mum
Contributor
RE: WGS - I personally raised over $500 - the school I think just over $5000 which is awesome 🙂 I rang the hospital again - because they seem to be giving me snippets of information without the full report which is very annoying. Now its "possible low grade squamous epithelial lesions, possible HPV and possible VEIN 1 (CIN 1?) Just have to beat this uncertainty away with the broom! xxxx Teach
0 Kudos

Not applicable
Hi Teacher Mum, Just wanted to say that I understand what you are going through. But please do not fear the worst. What the docs have said you have is precancerous and they will either remove the cells or watch and wait. I think its good news it has been found at the stage it's at so that it can be fixed now and then you wont have to worry. When I had a colposcopy the results were not good. I know with your history it is good to stay on top of these things, but going by your post, what you have is precancer - and treatable. More than half of the population have HPV, men and women. Some people carry the virus, some dont. But not all cervical cancers are caused by HPV, around 80% I think the statistics are. I am convinced the complications I had immediately after the birth of my second child and the trauma of what I went through, was the cause of any precancer turning cancerous. If I had daughters, they would be getting the vaccine, and if it becomes available for boys mine will be having it. I know how frightened we get when we hear cancer and our names in the same sentence, but I just wanted to let you know that - from what I understand about cervical cancer (unfortunately, too much) what you have is easily treatable, I know its hard not to panic, but wait until you see your specialist and go from there. Im sure it will turn out just fine. Good luck for Thursday.
0 Kudos

Teacher_Mum
Contributor
Hi there, I guess I am a litte gun shy. First a rare gynae trophoblastic tumour in which they do not know how it behaves and now pre malignant abnormal cells. Sure it can be treated however I do not like the feeling of sitting on a ticking time bomb. 😞
0 Kudos

Not applicable
I know, its awful for you & for all of us. There's not much anyone can say that will be right. Was just trying to look for the positives and make you feel a bit better. Hope all goes well. Take care
0 Kudos