This is a follow up to the post I submitted between July and October last year. Hope that one proved useful to those contemplating immunotherapy.

Following the four rounds of Nivolumab and Ipilimuab I had six weeks off. The side effects were quite minor and wore off pretty quickly. (Skin rash, muscle aches, head aches, fatigue and general cold/flu symptoms).

First round of Nivolumab only was administered on 11 of November. I was a bit surprised at how the side effects returned so quickly. Although as mentioned in my previous post they wore off after a few days.

Second round was on the 9 of December, once again the side effects returned and were quite intense. This time my breathing became a bit laboured and I had aches either side of my ribs.

This time the issue did not improve, on the 25th of December the discomfort in my ribs became a crushing pain. I couldn’t breath so presented to the hospital emergency department.

CT scans and a chest X-ray showed swelling but little else.

Two days later I had a consult with my oncologist, the issue was diagnosed as pneumonitis (inflammation in the lungs). I was prescribed steroids which had an immediate effect, all the minor irritations, but especially the lung issue settled down.

A week later I had another consult, it was decided to suspend the treatment and ween off the steroids.

The oncologist felt my body had taken all the immunotherapy it could handle for now.

More importantly it had done its job, the CT scan taken in emergency revealed a complete reduction of the cancer being treated in my right lung.

I am writing this having had a follow up CT and consult this week, March 2020.

After being diagnosed three years ago, a total left nephrectomy, two rounds of radiotherapy on lymph nodes in my chest and only six months of immunotherapy for metastasis in the right lung I now have “no apparent disease”.

I am fully aware that this new form of therapy is not for everyone. I will continue to take medication for reduced thyroid function. I have a rash under my arm pits and still have muscle aches. All can be treated easily and hopefully are temporary.

Next scan is in two months, I will remain on close active surveillance. Apparently there are still various treatment options available to me if, or more likely when the cancer fancies another round.

Once again, hope this is useful. Good luck.

That is amazing news @NotaBergen, I am so very happy for you! 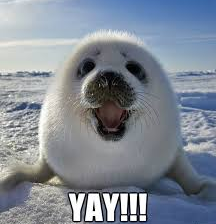 I have just joined the forum and read your post with interest. I hope you are still doing well.

I have been on a2 year trial of Nivolumab   since July 2018.  Because of COVID-19 and because I was having such a good result my trial was  suspended so I was not attending the hospital and putting myself at risk. I was advised  to stay home, no one in, no one out as far as practicable. I usually have a ct scan every 12 weeks but it was decided to skip one and stay home. When I had my next scheduled ct scan I discovered that my tumour (nsc lung cancer) stage 4 had grown back to almost the size it was in July 2018. So back to where I was 18 months ago. I resumed treatment immediately and am due to have my next scan in three weeks. I am having lots of new side effects and the old ones (joint inflammation) is increasing with each treatment. Have you suspended your treatment at any time? If so what was the result?
I believe I cannot have anymore Chemo and if the Nivolumab ceases to work I would be interested to know if there are any other treatments available to me.

I look  forward to learning anything you have to share.

I have not been on this site for over a year and saw your post and wanted to reply.  I was on Yervoy and Opdivo for a 8 months.  After 3 months my tumors were gone and the plan was to stay on Yervoy and Opdivia for at least another year.  5 months later, I started to lose my vision in left eye so treatment was stopped.  I still can't see but have an eye specialist who is trying to restore my eyesight.  I have had 4 scans and each showed  no evidence of tumors so went 18 months without treatment with good results.  Several months ago my cancer came back unfortunately.  I have had and have now again lung cancer.  My doctor is deciding on what treatment to put me on this time.

Hi CiennaR,
Thank you for sharing your story with me. I had my CT scan yesterday and will get my results next Thursday.🙏🏻🤞🏻. Over a year ago my Oncologist congratulated me and said by the size of my tumour I was no longer terminally ill but instead I was chronically ill. Now my tumour has grown I guess I am once again terminally ill. How do you cope with the roller coaster of living with hope and then having it dashed away?
Reply
1 Kudo
Highlighted

Yes, having cancer is like being on a roller coaster (and I am not a big fan of roller coasters)!   I don't have any definite answer as how to cope with all the highs and lows that make up a cancer patients life.  I trust my doctor to do the right treatment but my cancer center offers very little in emotional/mental support.   So, at times I feel like I am alone which of course is not true.  Cancer sure changes one's life and I just try to get through one day at a time, that's all we can do.   I seek little pieces of peace because I need to do that to get through the bad days.

I am sure I am terminally ill too and even when I was tumor free, I was still chronically ill will side effects so....

I wish you good scan results on Thursday, I will be praying.  I also go for a consultation on Thursday to see what treatment  options  my doctor has come up with.

Thank you
I hope you have a good and positive outcome on Thursday, I will be thinking of you....xxxx
Reply
0 Kudos
Highlighted

Hello Brogsie,
Sorry for the delay in getting back to you, I guess it’s scan day today and hopefully you will get the results soon.
To answer your question, my treatment was suspended last December (2019) after only six infusions. Following several scans this year there is still no active disease. When the day comes that something does show up my oncologist has advised that there are other biological treatments available. I did not ask for details but do see other drug names used on another forum. I hope your oncologist can give you similar reassurance if necessary.
You may have heard of pseudoprogression where the tumor can appear to increase in size due to an immune response. Not something I have experienced but my doctors were certainly looking out for it after CT scans.
I can relate to the joint pain you describe, after ten month I still experience aches in my lower legs and rashes that I did not have before immunotherapy. This year’s focus has been heart related, after a bought of myocarditis (inflammation of the heart muscle). Its was discovered that I was in heart failure due to damage from the cancer treatment, radiotherapy or immunotherapy.
I can only imagine how frustrated you are after doing so well. Once on this rollercoaster the odd straight slow section is much appreciated.
I wish I had more practical knowledge to share, all I can do is in some way relate to your situation and look forward to hearing how you get on.
Good luck!